Boston, San Francisco, and Seattle have demonstrated the most leadership for cities in prioritizing energy efficiency. 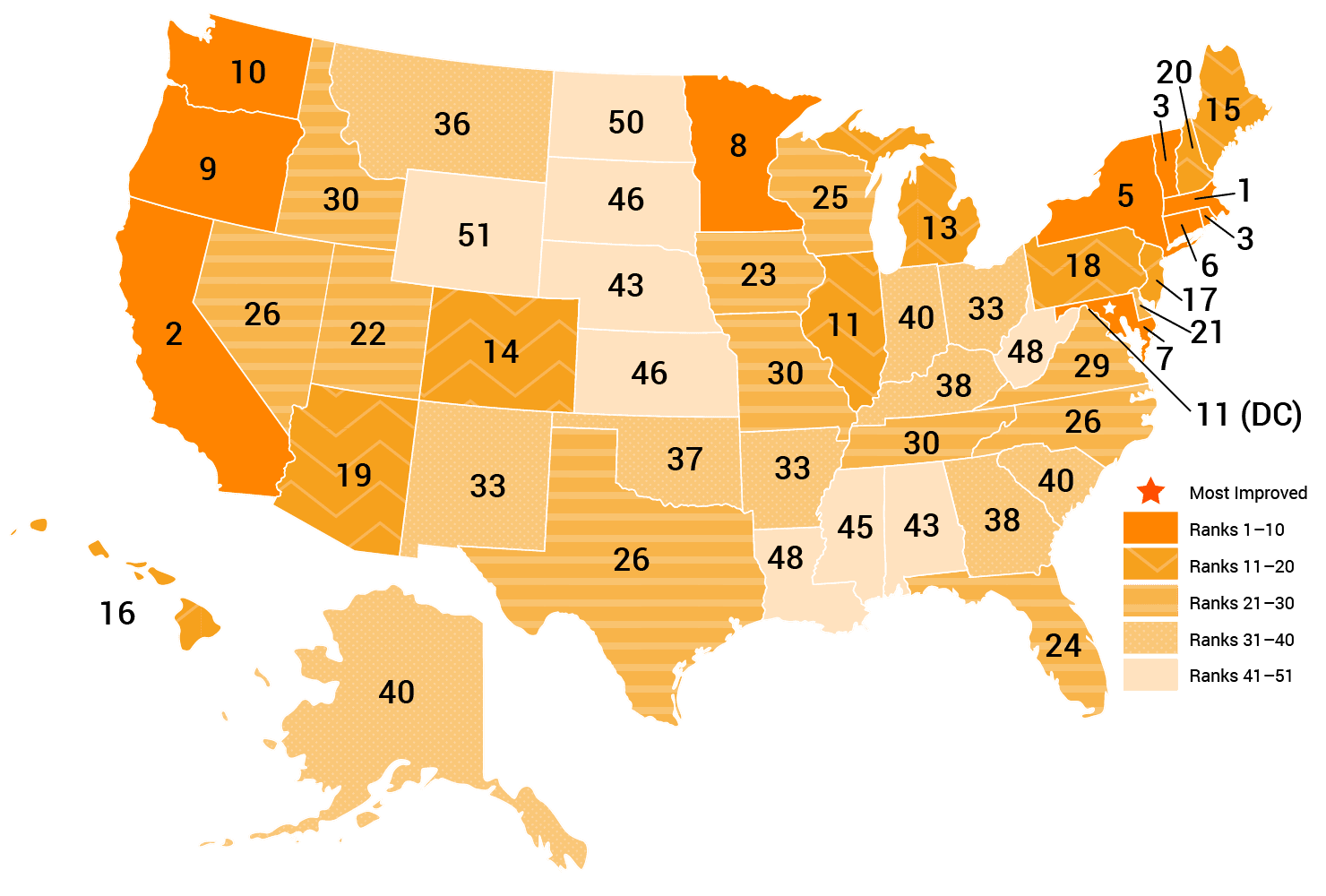 In 2019, the greatest progress in energy efficiency efforts was made at state levels, driven by governors’ and state legislatures’ commitments to decarbonization and energy efficiency. Such efforts were announced in states that have traditionally demonstrated leadership, such as Massachusetts, California, and New York. However, exciting developments also emerged in Nevada, New Mexico, Washington, New York, and Maine, all of which adopted 100% clean energy goals and accompanying ramp-ups of efficiency efforts. In Virginia and New Jersey, utilities unveiled significant expansions of efficiency program portfolios in response to 2018 clean energy bills passed in state legislatures. State legislatures in Colorado, Washington, and Hawaii also adopted significant new appliance standards in the biggest wave of state-level standard adoption in this decade.1 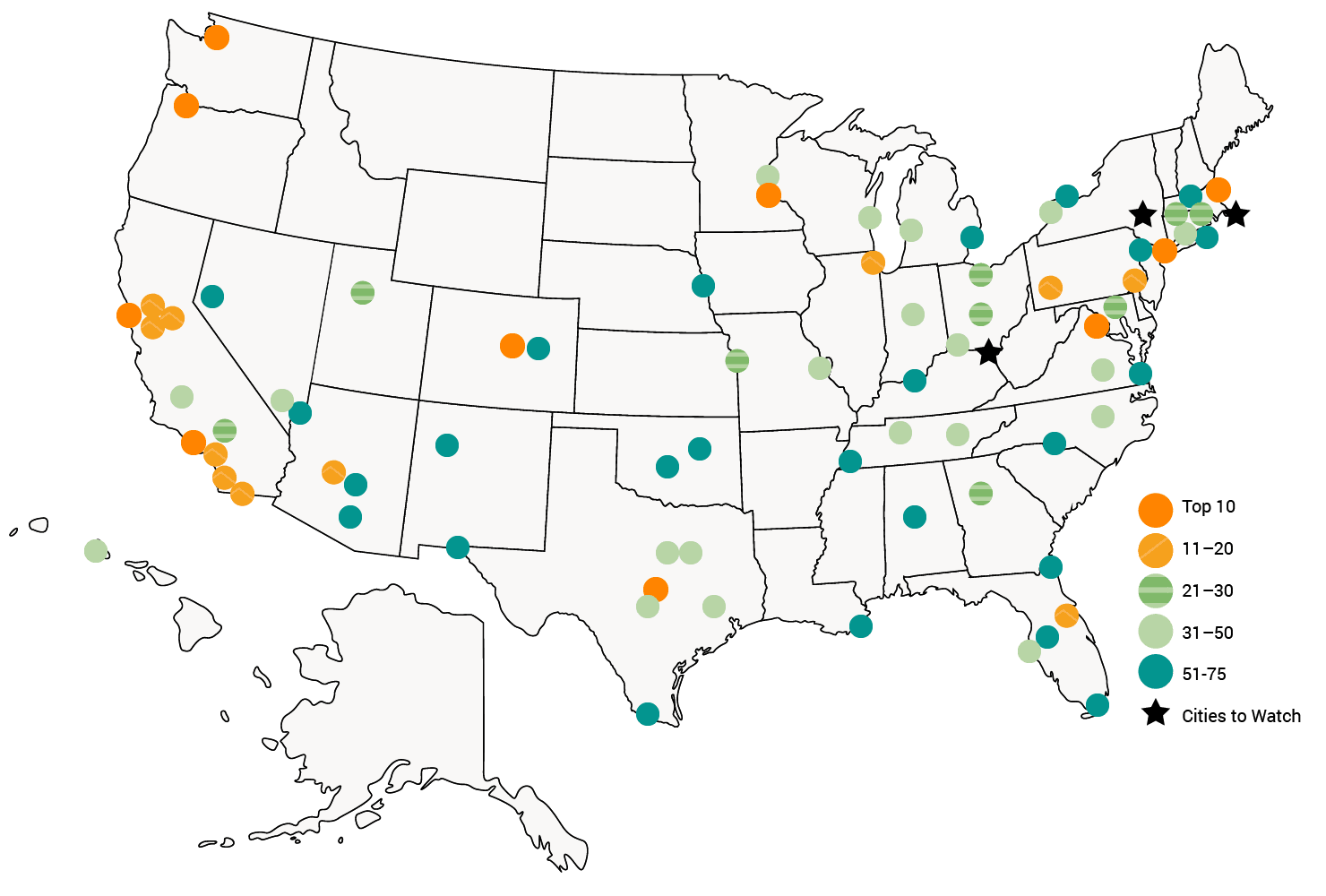 A number of U.S. cities also lead in their commitment to energy efficiency and renewable energy. According to the ACEEE City Clean Energy Scorecard, the top performer was Boston, followed by San Francisco, Seattle, Minneapolis, Washington, New York City, Los Angeles, Denver, Austin, and Portland. Cincinnati, Hartford, and Providence were identified as “cities to watch” given their recently adopted policies and progress. From January 2017 to April 2019, local governments across the cities analyzed implemented 265 new clean energy initiatives or expanded existing initiatives. Rankings were based on local government operations, community-wide initiatives, buildings policies, energy and water utilities programs, and transportation policies. 2 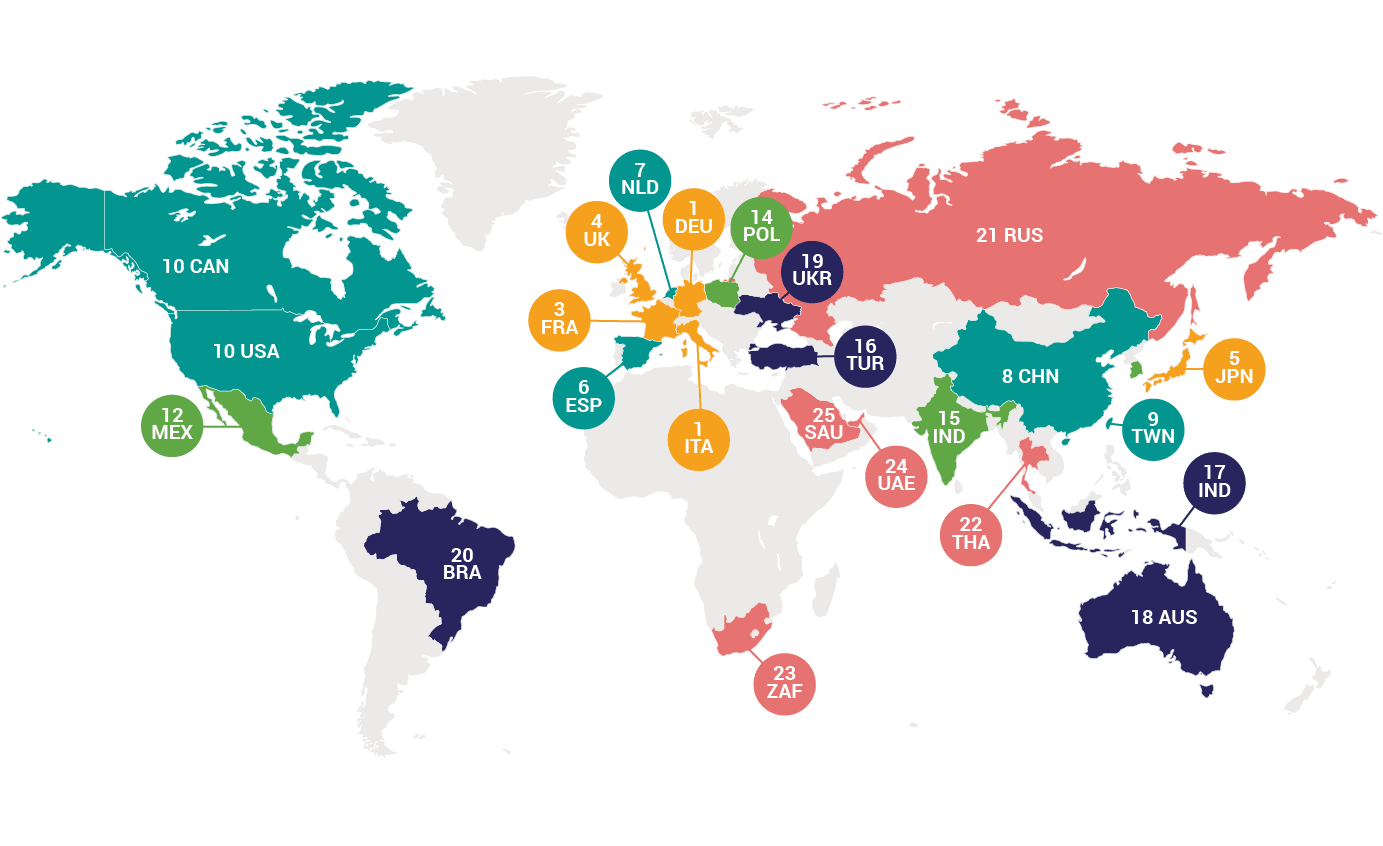 The ACEEE International Scorecard scores and ranks the energy efficiency deployments of the 25 top energy-consuming countries in the world, which collectively represent 78% of all energy consumption and over 80% of the world’s GDP in 2014, on the basis of 36 policy and performance metrics.

Based on this methodology, Germany and Italy tied for first place in 2018, followed by France, the United Kingdom, Japan, Spain, the Netherlands, China, Taiwan, and the U.S. and Canada. Mexico demonstrated the greatest improvement, as well as Indonesia and the Netherlands. South Africa and Korea saw the largest drops in scores. 3